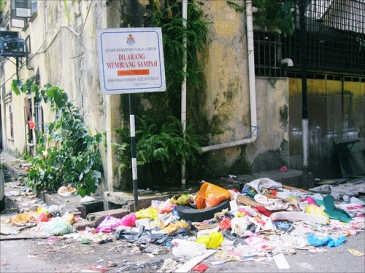 What is household waste?

Household waste is one of a type of solid waste that generated at home. It is mainly food waste and food packaging, which it could be plastic container, paper bags or bottle glasses. These wastes will normally be generated daily. However, there are also various of a small portion of the waste which generated at random or occasionally like babies’ napkins, malfunction electrical and electronic appliances, light bulbs, clothes and fabrics, old furniture, household debris such as sand and dust, old newspaper, medicine waste and batteries. A study has shown that in the year 1995, 53.7% of Malaysian population have generated 0.81kg per capita per day of waste or 8743 tonnes per day. 1.38 million tonnes of the total year generated is a food waste. It has also estimated, for the year 2025, 72.7% of Malaysian population will be generating 1.4kg per capita per day of waste or 32162 tonnes per day which 4.13 million tonnes of the total year are a food waste. The estimation was done by focusing on the trend of urban area in Malaysia (The World Bank, 1999). Lifestyle, food habits and standard of living are the factor of food waste generated increasing. Another finding also shown, urban areas of Asia spend about US$25 billion on solid waste management per year. The number will go up to at least US$50 billion in 2025. By 2025, the daily generation rate will increase from 760,000 tonnes to 1.8 million tonnes per day (The World Bank, 1999).

Published by Nor Aslina Abd Jalil

View all posts by Nor Aslina Abd Jalil

Fibonacci & The Golden Section in Nature